Writing and rewriting are a constant search for what it is one is saying. 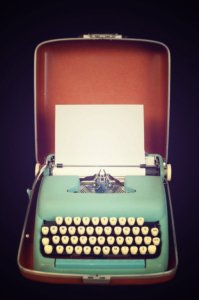 I’m up to my eyes in query letters. I’ve had a few requests for the manuscript, so it’s out there with some peepers on it as well. It’s very exciting when I get those requests, and every time it happens I spend 24 mostly happily frenzied hours combing through the manuscript and making tweaks. The Saltwater Twin and Other Mythical Creatures, which weighed in at 84,000 words when I sent it to my first round of readers back in October, is just 78,000 now. Fighting weight I hope. Scrappy and trim.

This means some agents have seen earlier versions of the work. I worry sometimes, whether I should have revised and revised for another six months or a year before sending it out at all, but even back in October every essay in the collection had been through an average nine or ten revisions. It took almost four years to write the book. It felt like high time to send it into the world. END_OF_DOCUMENT_TOKEN_TO_BE_REPLACED