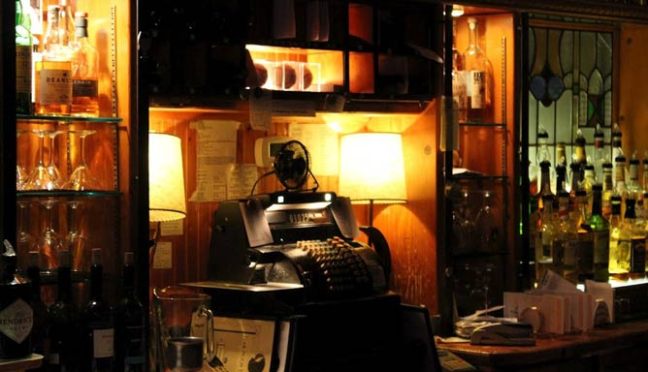 It began in mystery, and it will end in mystery, but what a savage and beautiful country lies in between.
— Diane Ackerman

I’m waiting tables again. This past fall, a couple gaps in my teaching schedule left funds a little thin, so I picked up a couple nights a week at a place not far from home. Waiting tables has always been something I’ve done between other jobs, between teaching and writing and life. Often, the restaurants where I’ve worked have been staffed by artists and students and immigrants – people on their way to doing other things, people working two jobs or three to support families, put themselves through school, pursue creative projects, people between countries, languages and cultures. On top of all of those betweens, there’s the contrast between the staff racing around, keeping tabs on tables and drinks and entrees and the customers at rest, eating and drinking, catching up with friends.

Waiting tables makes me think about these collisions, these betweens. It also makes me want to go have a drink after work. So, the other night, somewhere between one day and the next, I was sitting at a bar with a couple new friends from the restaurant. END_OF_DOCUMENT_TOKEN_TO_BE_REPLACED