We’re moving to New Jersey! Come August, the girlfriend, the dog, the cat and I will be making a home in Jersey City for at least the next two years while I get an MFA in fiction at Rutgers Newark.

I wrote in my personal statement for my application that I was tempted to draft a manifesto—something akin to Kerouac’s “Rules for Spontaneous Prose” or Henry Miller’s “Eleven Commandments.”

I’ve felt at times with some chagrin that I could have used a blueprint for how to live life as a writer. Earning an MFA in fiction, a new genre for me as a writer, feels like the right next step. The throughline in my meandering path has been stories—writing and performing my own, creating space for my students to tell theirs.

I spent my childhood reading voraciously—being fondest of orphan protagonists and hobbits—and banging out poems and plays on my father’s typewriter. In college I fell in love with Jane Austen and Lucille Clifton, Whitman and Shakespeare, Gunter Grass, Nabokov, Gwendolyn Brooks, Toni Morrison, Carl Sandburg. I spent a trimester in London studying political theater and wrote my senior thesis on feminist revisions of works of the literary canon. I remember particularly loving a play I saw in London called Lear’s Daughters, and I still want to write a new version of Camille.

I moved to Chicago with a B.A. in English and discovered performance art and poetry slams. I wrote poems about puberty, Catholicism, family, water. My poems evolved into monologues, which I performed in black box theaters on shoestring budgets. I did a brief stint with a theater company that commissioned my first full-length play, Breathing Underwater. I wrote plays and screenplays—among them a play about a women’s crusade against lynching in the Depression era South and a screenplay about waiting tables (of which I did plenty). But I also earned a living as a teaching artist—doing writing and theater residencies in schools, jails and healthcare centers.

Teaching is an excellent tool for discovering one’s own creative process. In unpacking and scaffolding the writing skills I wanted my students to learn, I discovered what elements of language and story I prized most highly. I paid attention to the way women incarcerated in Lake County Jail wrote their stories—when they shifted voice from active to passive, when they zoomed in on a detail, when scenes faded out of focus into light and shadow. They wrote about the times when things could have gone one way, but went another—how they decided to get in the car with the skinny boy with the dangerous grin, how they smoked the last pack in the front seat before turning themselves in, how Kanye’s “Heartless” was on the radio, how that song always made them cry.

I’ve been known to quote that guru of writing teachers Natalie Greenberg to my students: “Our task is to say a holy yes to the real things of our life as they exist.” To write the details. Good writing does not equivocate. A writer bears witness. “This is how it was. This is what I saw and felt.” Many of my students, both kids and adults, are ambivalent writers. For them, as for most of us, it’s difficult emotional and physical work. When, in an introductory lesson, I ask elementary students to write sensory details from the blocks they live on, there are eye rolls, sighs, pencil tips snapped in frustration. Often what overcomes this resistance is permission to tell the truth. “I’m writing about dirty diapers,” a second grader crows; a sixth grader writes about gunshots and sirens. It can be a revelation for students that they can write what’s on their minds, even the stuff that doesn’t seem beautiful or smart or like what they think the adult or the teacher in the room wants to hear. I try to open up that space for their voices, their stories.

The willingness to look, to bear witness to what is terrible and wonderful, what it is to be afraid, to be petulant, hypocritical, compassionate, in love, what it is to be alive on this planet, that is a radical act. It makes for writing that reaches uncannily across time and space, that makes us catch our breath in recognition. It makes for writing that blazes with truth. It’s what I strive for in my own work as well.

What I’ve learned so far as a writer and teacher of writing: How my creative process works. How to write when I don’t feel like it. How to know what’s working and what isn’t. How to fix what isn’t. How to use critique to help find what I’m trying to say. How to teach writing to reluctant fifth graders and incarcerated women. How to get students excited about telling stories that matter to them. What I want to learn: How to write a good novel. How to be part of a writing community, to offer and receive critique and support from colleagues and mentors. How to teach writing at the college and graduate level. How to sink more deeply into craft. How to be better. How to teach better. How to write better.

By the way, I think my favorite of Kerouac’s rules is #4: Be in love with yr life. And I love Miller’s #3: Don’t be nervous. Work calmly, joyously, recklessly on whatever is in hand. Yes, Henry! That’s what I want to continue to practice.

And away we go! 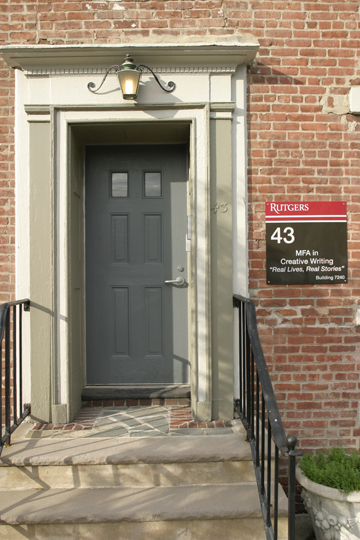