Even before I walked around every day with a massive research library in my pocket, I often looked things up. In the olden days, when I was working on a project, I’d hunker in library stacks for hours, lug home bags of books. My life was full of Post-its, torn off slips of paper, scrawled, sometimes indecipherable notes. I fondly recall sitting hunched in a carrel in my college library with books at my elbow, books at my feet. I liked finding notes or marginalia left by other readers who—months or years previous—had been curious about the same thing I was investigating at that moment. Nowadays it’s hard to resist the impulse to look things up when I’m supposed to be doing something else—engaging in conversation with other humans over drinks or dinner, for example. Or writing. Sometimes it’s tricky to know when a particular bit of research is necessary for a project I’m working on and when it crosses the line into procrastination.

I think the internet has inevitably changed the way I write. There’s just so much information at my fingertips. I don’t have to go as far afield to find things. I don’t have to order books and wait for them to come in. Actually, I still order books a fair amount. But if I decide in the midst of working on piece that I need to know something about octopuses, say, or confessional poets, I can dive in that very minute and click through an embarrassment of riches. I wonder if I make different choices now that I have that option. I don’t know.

This fall I wrote my first short story. I looked up a bunch of stuff on how Facebook works because my protagonist becomes consumed with a death she discovers via Facebook. I looked up confessional poets because I decided she was an English professor. I found a pretty incredible video interview with Anne Sexton in which she reads her poem “Wanting to Die.” I also discovered that the earliest recorded use of OMG was by a British admiral in a letter to Winston Churchill.

During the same few months, I wrote a unit plan for a poetry and science residency called “One Small Drop of Water: Poetry at the Cellular Level” and one for a theater and social studies residency called “From ‘An Eye for an Eye’ to ‘Line up for Lunch:’ Making and Breaking Rules.” I looked up Punnett Squares, microscopic photography, cuneiform and water clocks. For my high school theater students, who were devising a performance on travel, I looked up travel brochures and poems about journeys. I researched Belle Époque Paris and Shakespeare while I was writing education materials for Lyric Opera Chicago’s productions of The Merry Widow and Romeo et Juliet. I’m sure during all of these internet expeditions, there were times when I got sidetracked, but isn’t that part of the joy of research? Whether in a library or on a laptop, there’s still the thrill of the chase. I love the process of figuring out what terms to search, discovering the names of things, the combinations that will yield results.

Last week I read a New York Times article in which authors discussed the impact of technology on writing. They had many interesting things to say. I think my favorite was this, from poet Tracy K. Smith, who won the Pulitzer Prize for her 2012 collection, Life on Mars:

In a poem, association often gets you from one place to another, an image that triggers a radical shift in context or tone. And it is association that governs our experience of navigating the Web. Think of the huge leaps we take, the strange paths we wander by simply following a string of links. Everything that happens in a poem is governed by some kind of compression, but I suspect that narrative in poems is at once bigger and stranger, and more tightly compressed, than it was a generation ago. Then I remember “The Waste Land,” and I begin to feel that the Internet has simply succeeded in reinvigorating a set of ambitions and capacities that have been available to poets for a very long time. (“Writing Bytes” nytimes.com)

Though I’m not a poet these days, I relate to the idea of association getting me from one place to another—on the internet and in my writing. That’s what it feels like. Stumbles and leaps. Strange and murky paths. I’m looking forward to the wanderings of 2016. 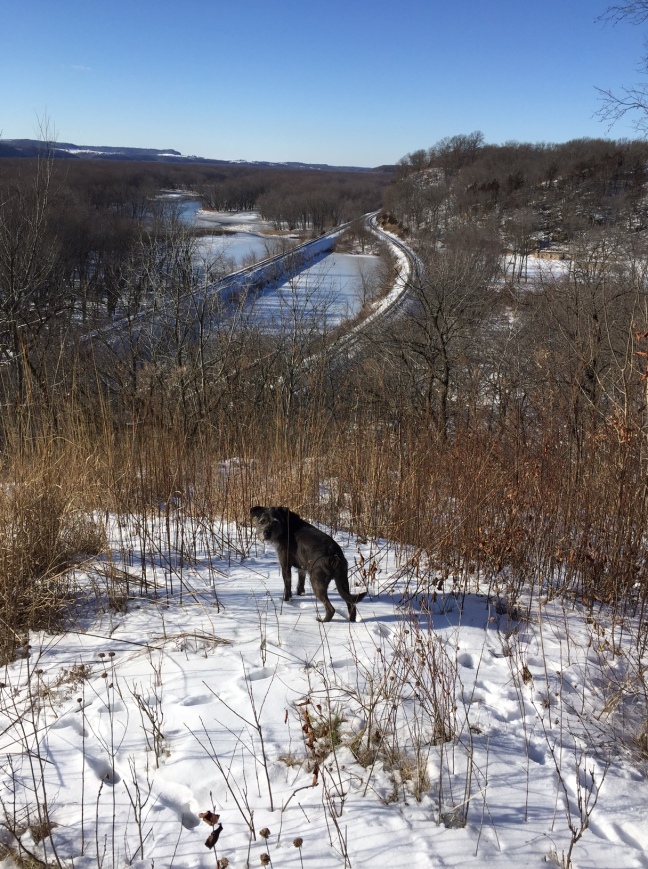